A Short History of Data Science

Over the past two decades, tremendous progress has been made in the field of Information & Technology. There has been an exponential growth in technology and machines. Data and Analytics have become one of the most commonly used words since the past decade. As they are interrelated, it becomes essential to know what is the relation between them and how are they evolving and reshaping businesses.

Data Science was officially accepted as a study since the year 2011; the different or related names were being used since 1962.

Stage 1: Contemplating about the power of Data
This stage witnessed the uprising of the data warehouse where the business and transactions were centralised into a vast repository. This period was embarked at the beginning of the 1960s. In 1962, John Tukey published the article “The Future of Data Analysis” – a source that established a relation between statistics and data analysis. In 1974, another data enthusiast, namely Peter Naur, gained popularity for his article namely “Concise Survey of Computer Methods”. He further coined the term “Data Science” which came into existence as a vast field with lot many applications in the 21st century.

Stage 2: More research on the importance of data
This period was witnessed as a period where businesses started research for finding the importance of collecting vast data. In 1977, the International Association of Statistical Computing (IASC) was founded. In the same year, Tukey published his second major work – “Exploratory Data Analysis” – arguing that emphasis should be laid on using data to suggest the hypothesis for testing and simultaneous exploratory testing for confirmatory data analysis. The year 1989 saw the establishment of the first workshop on Data Discovery which was titled Knowledge Discovery in Databases(KDD) which is now more popularly known as the annual ACM SIGKDD Conference on Knowledge Discovery and Data Mining(KDD). Stage 3: Data Science gained attention
The early forms of markets began to appear during this phase. Data Science started attracting the attention of businesses. The idea of analysing data was sold and popularised. The Business Week cover story from the year 1994 which was titled ‘Database Marketing” supports this uprise. Businesses started to witness the importance of collecting and applying data for their profit. Various companies started stockpiling massive amounts of data. However, they didn’t know what and how to use it for their benefit. This led to the beginning of a new era in the history of Data Science.

The term Data Science was yet again taken in 1996 in the International Federation of Classification Societies(IFCS) in Kobe, Japan. In the same year, Usama Fayyad, Gregory Piatetsky-Shapiro, and Padhraic Smyth published “From Data Mining to Knowledge Discovery in Databases”. They described Data Mining and stated “Data mining is the application of specific algorithms for extracting patterns from data.

The additional steps in the KDD process, such as data preparation, data selection, data cleaning, incorporation of appropriate prior knowledge, and proper interpretation of the results of mining, became essential to ensure that useful knowledge is derived from the data.

Stage 4: Data Science started being practised
The dawn of the 21st century saw significant developments in the history of data science. Throughout the 2000s, various academic journals began to recognise data science as an emerging discipline. Data science and big data seemed to work ideally with the developing technology. Another notable figure who contributed largely to this field is William S. Cleveland. He co-edited Tukey’s collected works, developed valuable statistical methods, and published the paper “Data Science: An Action Plan for Expanding the Technical Areas of the field of Statistics”.

Cleveland put forward his notion that data science was an independent discipline and named six areas where data scientists should be educated namely multidisciplinary investigations, models and methods of data, computing with data, pedagogy, tool evaluation, and theory.

Stage 5: A New Era of Data Science
Till now, the world has seen enough of the advantages of analysing data. The term data scientist is attributed to Jeff Hammerbacher and DJ Patil as they carefully chose the word. A buzzword was born. The term “data science” wasn’t prevalent yet, but was made incredibly useful and significantly developed. In 2013, IBM shared the statistics that 90% of the world’s data has been created in the last two years alone. By this time, companies had also begun to view data as a commodity upon which they could capitalise. The importance of transforming large clusters of data into usable information and finding usable patterns gained emphasis. Stage 6: Data Science in Demand
The major tech giants saw significant developments in demand for their products after applying data science. Apple laid out a statement for increased sales giving credit to BigData, and Data Mining. Amazon said that it sold more Kindle online books than ever. Companies like Google, Microsoft used deep Learning for speech and Voice Recognition. Using AI techniques, the usage of data was further enhanced. Data became so precious; companies started collecting all kinds of data from all sorts of sources.

Putting it all together, data science didn’t have a very prestigious beginning and was ignored by the researchers, but once its importance was adequately understood by the researchers and the businessmen, it helped them gain a large amount of profit. 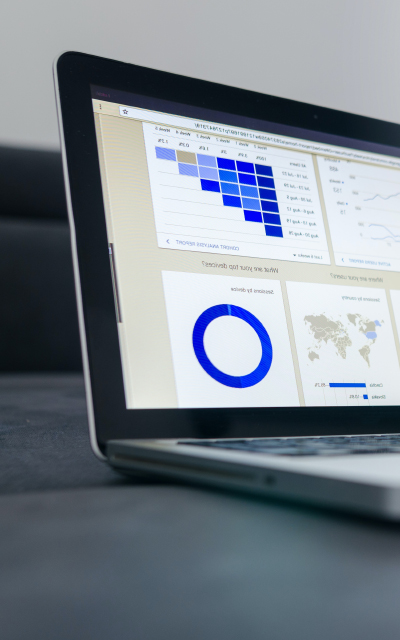