A DEEP INSIGHT INTO VIRTUAL REALITY ­­Virtual Reality (VR) is coined from the combination of two words – ‘virtual’ and ‘reality’. Virtual as from definition means near, and Reality is what we experience in our daily life. You probably won’t do things like diving deep in the oceans, standing beside a volcano, or going on a voyage to Antarctica, but with Virtual Reality, you might be able to do it all without even leaving your cozy sofa. Virtual reality is created in the real world using high-performance computers and some sensory equipment, like headset and gloves. The idea of VR was originated in the minds of the great Thomas Edison, who pioneered it with the name “Kinetograph.”

Virtual reality (VR) finds its application in the educational field (e.g., military training, or pilots) and is extensively used in the gaming industry. VR systems use either the Virtual reality headsets for a portable VR experience or multi-projected environments for generating realistic images, sounds, and other sensations that ensure a user’s physical presence in a virtual environment. A person using VR can look around 360 degrees and can move around. This virtual effect is mainly created by the VR headsets that consist of a head-mounted display, with a small screen in the front of the eyes. Virtual Reality usually packages auditory as well as video feedback.

Experiencing Virtual Reality can be categorized into the following types:

With the introduction of power packed features in personal computers and smartphones, Virtual Reality devices saw a significant development and grew rapidly. On a large scale, Virtual Reality is used in the entertainment industry, particularly in the gaming industry for the enhanced gaming experience.

Which devices are used for VR on a Commercial Scale? Giving people the ability to touch objects and feel things in the virtual world is one of the most significant achievements of the VR industry. One technical method of implementing this is using fiber-optic cables that records the data about how much a finger is stretched. Other technologies include strain gauges, electromechanical devices, or the piezoelectrical sensors to measure the finger movements. 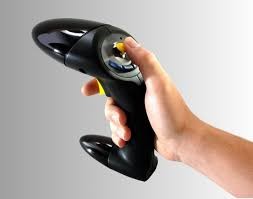 It is the most critical component for a VR experience. The difference between a computer and a VR is the presence of a 3D screen on a VR screen which moves according to the user movements. The HMD looks like a giant motorbike helmet, which consists of two screens, a blackout blindfold that blocks outwards light and stereo headphones (not necessarily). They usually have built-in accelerometers that keep a check on the user’s movement and the direction. Even more straightforward than a dataglove, a wand is like a stick that can be used to touch, to point to, or to otherwise interact with a virtual world. It has the position sensors or the motion sensors (such as accelerometers) built-in, along with some mouse-like buttons or scroll wheels. The advantage that the wands take over the conventional VR equipment is that they are wireless.

Concluding, Virtual Reality is instrumental in the gaming industry and the commercial use of Virtual Reality for the education industry for pilots and military training is a very creative use of VR. It is also extensively used for enhanced entertainment purposes for short VR shows for a deep insight into Virtual Reality.

A long time ago, the VR equipment was very costly for its personal use. However, the recent VR equipment by Google, namely Google Cards is a cheap and efficient solution for experiencing Virtual Reality in your own home. The future of VR industry seems very bright for extensive development.

Read some of our latest blogs below

SQL EVERY DATA SCIENTIST SHOULD KNOW

SQL (Structured Query Language) is a standard database language that is used to create, maintain and retrieve relational databases. It is used to make the work of data retrieval, manipulation, and updation swift and easy. Programming in SQL is highly marketable as compared to other programming languages.

Python is a versatile language that has attracted a broad base of people in recent times. This is primarily due to the simplicity, speed, and performance that Python offers. The popularity of Python grew exponentially during the last decade. According to an estimate,...
Read More

Artificial Intelligence, Machine Learning and Deep Learning are terms that are often used interchangeably. But are they really the same? Let’s find out. The easiest way to think of the relationship between the above terms is to visualize them as concentric...
Read More

The concept of using pictures to understand patterns in data has been around for centuries. From existing in the form of graphs and maps in the 17th century to the invention of the pie chart in the mid-1800s, the idea has been exquisite. The 19th century...
Read More