Video Analytics was invented with a motive – to help in reviewing the growing hours of surveillance video that a security guard or a system manager (or a human) may never have time to watch. Video Surveillance systems equipped with Video Analytics can help us in finding those minor details that can’t be perceived by naked eyes. Video Analytics or Video Content Analysis is computerized video footage analysis that uses algorithms to differentiate between object types and identify specific behavior or action in real-time, providing alerts and insights to users. Since Video Analytics is based on the technology of Artificial Intelligence, experience plays a significant role. A highly trained model can see through very minute details in video footage.

This technical capability is being used in a wide range of domains, including entertainment, health-care, retail, transport, home automation, flame, and smoke detection, safety, and security.

What are the Commercial Applications of Video Analytics?

CCTV Systems – This is the most widespread application of Video Analytics. VCA(Video Content Analysis) is distributed on the cameras (at the edge) or centralized on dedicated processing systems. These CCTV’s, for example, can be used to detect and report any suspicious activities of shoppers in a store. Another popular example, is the PIDS(Perimeter Intrusion Detection System). It is deployed in areas whose perimeter can extend to a large radius, like airports, seaports, and the railways. With this technology, we are able to track any intrusions in real-time, giving us sufficient time to react. 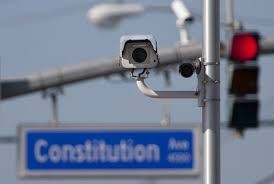 Video Analytics is the smart way of engaging customers, reducing wastage of time and improve security. Video data collected is massive and it would be practically impossible for a human to replace a computer. With the fast pace of life and the amount of video content today, using video analytics is a lifesaver for different fields.

What is the Need for AutoML?

The idea of AutoML took off with the development in the field of Artificial Intelligence. It all took shape when Jeff Dean, Google’s Head of AI, suggested that “100x computational power could replace the need for machine learning expertise”. This raised several questions:

Do hundreds of thousands of developers need to “design new neural nets for their particular needs,” or is there an effective way for Neural Networks to generalize similar problems? Or can a large amount of computation power replace machine learning expertise?

Clearly, the answer is NO. Many factors support the idea of AutoML:

For large organizations requiring high efficiency, AutoML cannot replace a machine learning expert, but it can be cost-effective and can be useful for smaller organizations.

AutoML can be used for the following tasks: Although coming with a set of advantages, advanced AutoML introduces the concept of hyperparameters, which are itself needed to be learnt. AutoML can be usefully incorporated for doing a task that can be generalized, but for functions that are unique and require some level of expertise, AutoML turns out to be a disaster.

Automated Machine Learning (AutoML) has been gaining traction within the Data Science community. This surge of interest is reflected in the development and release of numerous open-source AutoML libraries, which are mentioned above, and on the emergence of businesses focused on building and commercializing AutoML systems (like DataRobot, DarwinAI, H2O.ai, OneClick.ai). AutoML is a hot topic for the industry, but it is not all-set for replacing data scientists from existence. Besides the difficulty of automating many of the data science tasks, its sole purpose is to assist data scientists and free them from the burden of repetitive, and less demanding jobs that can be generalized, so they can invest their time on tasks that are more challenging, creative, and harder to automate.

Concluding, we live in an era where the growth of data beats our ability to make sense of it. AutoML is an exciting technological field that has been in the spotlight and which promises to mitigate this problem through the development in the sector of Artificial Intelligence.

We expect significant strides of progress in this field in the near future, and we recognize the help of AutoML systems in solving many of the challenges that we face out there.

” XALTIUS continuously strives to keep up with the latest trends in technology and bring you innovative solutions. “